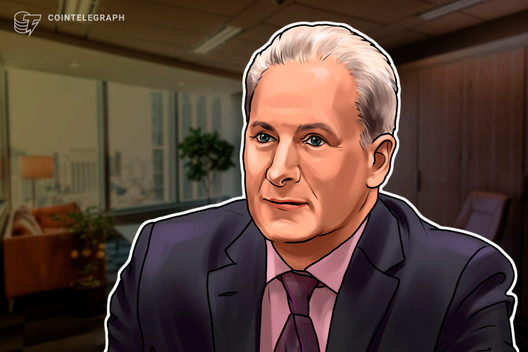 Gold bug and notorious cryptocurrency critic Peter Schiff wonders whether the recent hack of verified profiles on Twitter is “a harbinger of Bitcoin itself being hacked.”

In a July 16 tweet, Schiff mentioned yesterday’s mass hack of verified Twitter profiles which were used to promote a Bitcoin scam, further suggesting that it could be a prelude to a hack of the cryptocurrency itself.

It looks like all verified Twitter accounts have been hacked by someone running a #Bitcoin scam. For once not being verified has its advantageous. I wonder if this is a harbinger of Bitcoin itself being hacked? Better to play it safe and just buy #gold.

Pavel Luptak — co-founder of Czech cryptocurrency community hub Parallel Polis and Hackers Congress Prague — told Cointelegraph that the Twitter hack and the possibility of Bitcoin’s network being compromised have no connection whatsoever:

“It’s a hack of Twitter, not Bitcoin. Bitcoin was just a scammer’s way to ask people for money. Of course, it may be a reputation issue for Bitcoin (I expect some crypto exchanges start to blacklist these stolen Bitcoins). But it is primarily a big reputation issue for Twitter that is not able to protect their user accounts.”

As Luptak pointed out, Bitcoin was just a medium of value transfer that the hackers duped their victims into using. In fact — as some community members pointed out in the Twitter thread — the scammer’s decision to use Bitcoin was probably motivated by authorities’ inability to censor and reverse Bitcoin transactions.

Transaction irreversibility is a highly appreciated feature of Bitcoin that many believe to be the foundation of its value. It is also worth noting that while this Bitcoin characteristic is appreciated by scammers, they also used other systems in the past.

Luptak said, “It is necessary to know that most scammers in history used fiat money. […] This is not a problem of Bitcoin; any currency can be used for scams.”

Furthermore, Luptak explained that “Bitcoin has a decentralized protocol, thousands of nodes, everything is transparent and auditable.” All of those features make the network much harder to hack than Twitter.

While attacks on Bitcoin’s network — such as a 51% attack — are theoretically possible, it is widely believed that they would be incredibly difficult, so much so as to preclude any potential hacker from even trying.

Bitcoin was launched in 2009 and so far no coin was stolen on the network through a hack. Luptak recommends:

“Be aware of social engineering scams, and of course, [keep in mind that] nobody gives you anything for free.”

How Miners Can Hedge Their Inventory to Increase Return on Investment

BAND Token is Now Available for Trading on Huobi Global